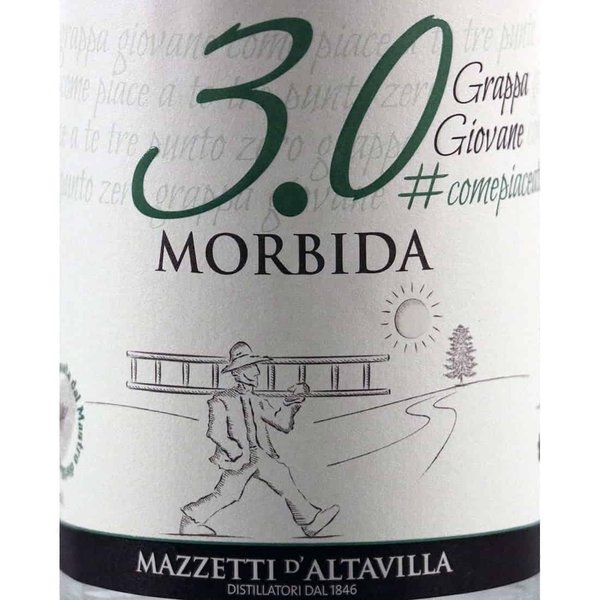 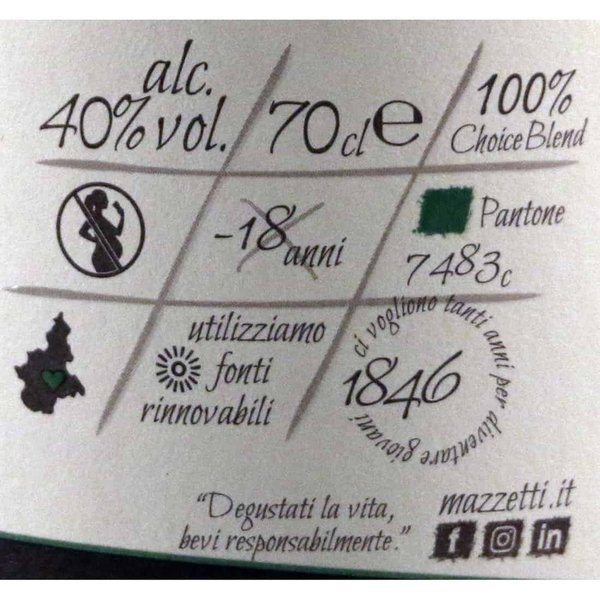 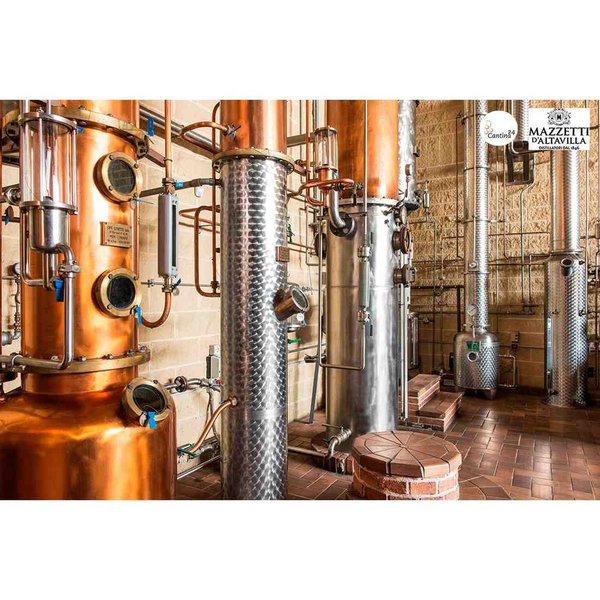 The distillation technique has been known in Italy since the 11th century and was later spread by the Jesuits. Grappe are distilled from fermented press residues from winemaking. The use of the so-called pomace is therefore sustainable, because the grapes can be used not only for wine, but also for a wonderful spirit. For a long time, grappa had the reputation of being a drink from poor farmers, but thanks to technical optimizations of the distillation process during the 20th century, grappa slowly became one of the world's most respected types of spirits, even among gourmets.

The traditional Mazzetti di Altavilla distillery from Altavilla in Monferrato near the famous “truffle town” of Alba in Piedmont has achieved true mastery in the production of Grappe. Strongly connected to tradition, but at the same time always looking for innovation.

The 3.0 Morbida - Grappa Giovane is distilled from selected, fresh, and still moist wine pomace from the finest Piedmontese grapes. It is burned in a discontinuous process in copper pot stills that are indirectly fired with steam. At Mazzetti d'Altavilla, the inspiring taste journey into the world of Grappe begins with the "soft" version of the 3.0 series. This is a distillate with a soft and clean profile that is intended to introduce the wine world of the UNESCO World Heritage Site Langhe-Roero. Pure Piedmont, to enjoy. This grappa is not aged in wooden barrels, as is usually the case with grappa, and therefore gets its distinctive clarity.

In its modern bottle and with its 40% alcohol content, this grappa exudes a fine, delicate, and subtle bouquet with fresh notes of white flowers and light fragrances of breadcrumbs. The taste of the 3.0 Morbida is soft and clean. There are notes of herbs with hints of meadow flowers and white fruits such as banana and white peach.

At an optimal drinking temperature of around 15 to 18°C, this unadulterated grappa can be enjoyed on its own or as a digestif. In combination with matured cheeses, it leads to real taste explosions.